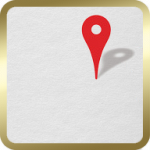 I'm a huge (cortexi)fan of Fringe.

Currently doing my best (with thousands of edits) to bring this Wiki up to date. It's a long process but hopefully worth it to other fans.

Walter: It's all because of that temptress. She tricked my son with her carnal manipulations...

August 1, 2015 - Half way through adding the transcripts for every episode.

August 3, 2015 - The site is now more content-rich than ever. Transcripts for every episode now added as well as most cast/guest actor profiles updated.

August 5, 2015 - All guest actors without images that were mis-categorised are now fixed.

August 2015 - June 2016 - Thousands of various updates including fixing categories on ALL actor pages. Wiki is now in the best state it has ever been in.

Retrieved from "https://fringe.fandom.com/wiki/User:Gregaus?oldid=33179"
Community content is available under CC-BY-SA unless otherwise noted.